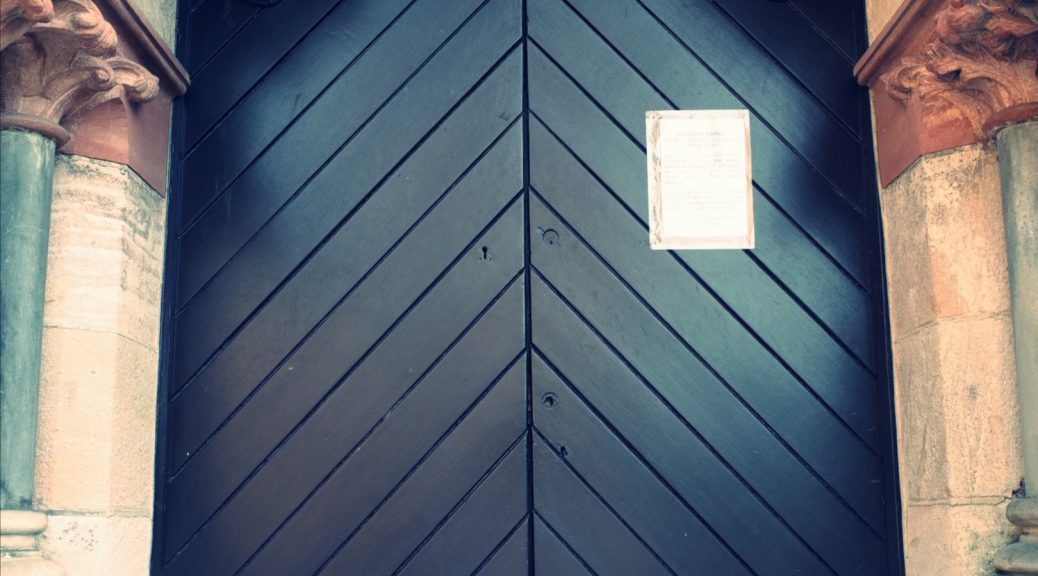 Jesus Appears to the Disciples

When it was evening on that day, the first day of the week, and the doors of the house where the disciples had met were locked for fear of the Jews, Jesus came and stood among them and said, ‘Peace be with you.’ After he said this, he showed them his hands and his side. Then the disciples rejoiced when they saw the Lord. Jesus said to them again, ‘Peace be with you. As the Father has sent me, so I send you.’ When he had said this, he breathed on them and said to them, ‘Receive the Holy Spirit. If you forgive the sins of any, they are forgiven them; if you retain the sins of any, they are retained.’

But Thomas (who was called the Twin), one of the twelve, was not with them when Jesus came. So the other disciples told him, ‘We have seen the Lord.’ But he said to them, ‘Unless I see the mark of the nails in his hands, and put my finger in the mark of the nails and my hand in his side, I will not believe.’

A week later his disciples were again in the house, and Thomas was with them. Although the doors were shut, Jesus came and stood among them and said, ‘Peace be with you.’ Then he said to Thomas, ‘Put your finger here and see my hands. Reach out your hand and put it in my side. Do not doubt but believe.’ Thomas answered him, ‘My Lord and my God!’ Jesus said to him, ‘Have you believed because you have seen me? Blessed are those who have not seen and yet have come to believe.’

The Purpose of This Book

Now Jesus did many other signs in the presence of his disciples, which are not written in this book. But these are written so that you may come to believe that Jesus is the Messiah, the Son of God, and that through believing you may have life in his name.

We lock to protect and secure things; to prevent intrusion from the outside. In normal circumstances it is just routine. We lock doors as we go to bed; and unlock them in the morning routine of getting up; and in my case of feeding the dogs and taking them out for their usual morning walk.

We are all currently living in different circumstances and trying to take time to adjust to were we now are. Aiming to cope with shopping, working, and driving restrictions. There is a certain need to ‘lock down’ just to give ourselves that space to take in all that is going on.  To reflect and consider this time, when sadly, many people around us from young to old, are trying to cope with and understand illness, sickness and untimely passing.

I often think about the disciples in that upper room post Easter. They, after that first Easter morning, locked down; not just to protect themselves from the authorities but on a different level to cope with and take in what had happened. That what Jesus had told them would happen, had actually happened.  When Jesus had shown them that he had overcome death; and in a very real sense they needed time and space to take that in.

The room was unlocked.

Life and peace are resurrection reality. The life and peace of Jesus’ resurrection enables us to meet and live through all the things that life brings to us and throws at us. His gives us his peace, his life, and sends us out; free to unlock doors.

Christ is risen! The Lord is risen indeed. Alleluia!