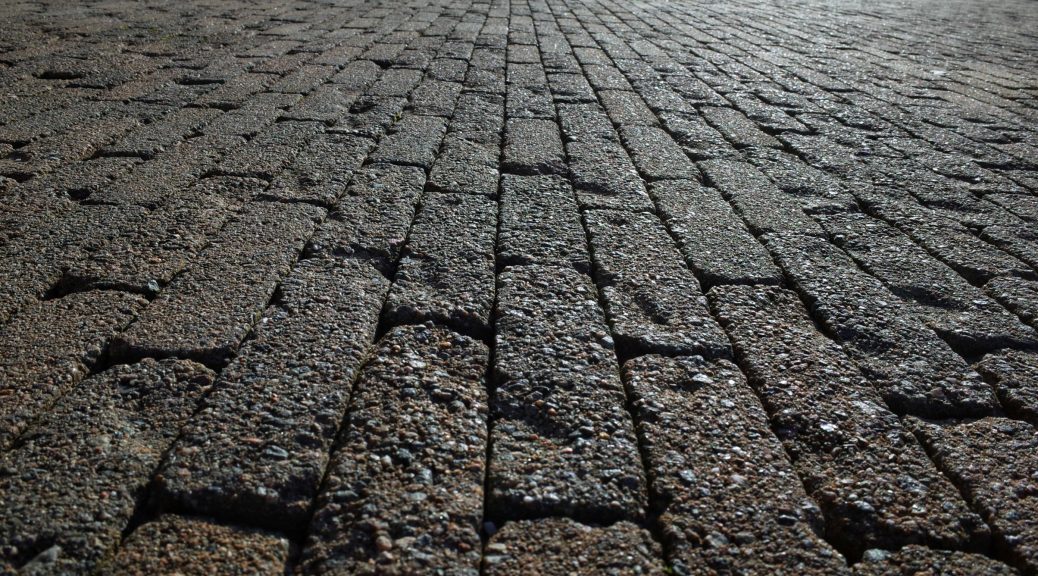 Now on that same day two of them were going to a village called Emmaus, about seven miles from Jerusalem, and talking with each other about all these things that had happened. While they were talking and discussing, Jesus himself came near and went with them, but their eyes were kept from recognizing him. And he said to them, ‘What are you discussing with each other while you walk along?’ They stood still, looking sad. Then one of them, whose name was Cleopas, answered him, ‘Are you the only stranger in Jerusalem who does not know the things that have taken place there in these days?’

He asked them, ‘What things?’

They replied, ‘The things about Jesus of Nazareth, who was a prophet mighty in deed and word before God and all the people, and how our chief priests and leaders handed him over to be condemned to death and crucified him. But we had hoped that he was the one to redeem Israel. Yes, and besides all this, it is now the third day since these things took place. Moreover, some women of our group astounded us. They were at the tomb early this morning, and when they did not find his body there, they came back and told us that they had indeed seen a vision of angels who said that he was alive. Some of those who were with us went to the tomb and found it just as the women had said; but they did not see him.’ Then he said to them, ‘Oh, how foolish you are, and how slow of heart to believe all that the prophets have declared! Was it not necessary that the Messiah should suffer these things and then enter into his glory?’ Then beginning with Moses and all the prophets, he interpreted to them the things about himself in all the scriptures.

As they came near the village to which they were going, he walked ahead as if he were going on. But they urged him strongly, saying, ‘Stay with us, because it is almost evening and the day is now nearly over.’ So he went in to stay with them. When he was at the table with them, he took bread, blessed and broke it, and gave it to them. Then their eyes were opened, and they recognized him; and he vanished from their sight. They said to each other, ‘Were not our hearts burning within us while he was talking to us on the road, while he was opening the scriptures to us?’ That same hour they got up and returned to Jerusalem; and they found the eleven and their companions gathered together. They were saying, ‘The Lord has risen indeed, and he has appeared to Simon!’ Then they told what had happened on the road, and how he had been made known to them in the breaking of the bread.

From The New Revised Standard Version Bible: Anglicized Edition, copyright © 1989, 1995 National Council of the Churches of Christ in the United States of America. Used by permission.

Lots of us are out taking a walk each day. The weather of the last few weeks has been uncharacteristic for us; long sunny days and evenings, so good it almost seems like summer. So it’s only natural that we want to get out of the house, stretch our legs and take a permitted form of exercise given all the coronavirus restrictions. In this new “new”, it’s all social distancing, low density spread and when we get close to each other out walking, some people cope by veering off pavements or crossing the road ever so sharply!

We live in interesting times. Yet some things don’t change on a walk, couples and families still chat to each other as they pass by, single walkers listen to podcasts or music and others simply walk, exercising and enjoying the moment.  Walking gives us the chance to think and sort things out and take stock. We talk or think and exercise our imaginations. And this is important because it’s often in this space that we make decisions.

It can be about simple practical things, such as, what do I want to get done today, do I need shopping or should I contact a friend or family member to see how they are? Walking and thinking also, of course, can involve complex issues in terms of what we want or need and very often these lie deep at our core. There are some essential elements required in all of our lives if we are to try and fold meaning, hope and new possibility into life. In such places, things like simplicity, happiness, and peace come to the fore. We may ask of ourselves, how can we understand the times of today, how can we as Christians express hope and neighbourliness to others?

It’s very clear that it is in such a more complicated place that the two disciples find themselves on their walk away from Jerusalem towards Emmaus. Walking away from Jerusalem at this point may indeed have been their only comfort. Luke indicates they are talking intently “about all the things that had happened” and in their distracted, pressured state, it’s clear that Cleopas and the other disciple are making little progress in understanding the events of Good Friday and Easter Sunday morning. There is real humanity on the walk and road to Emmaus. This is the journey of questions and seeking answers, it is the journey of feeling let down but also hoping.

When Jesus joins them, as an unrecognised stranger, he chooses not to leave them to struggle alone.

Jesus is not put off when Cleopas intensely and in bewilderment inquires, ‘Are you the only stranger in Jerusalem who does not know the things that have taken place there in these days?’

Jesus unfazed is, as ever, the careful and bold but compassionate teacher.  He wants to get alongside these disciples (with Jesus it’s always alongside ministry) and he wants in love to bring hope and balm to sooth their apprehensions and anxieties.

Jesus does this in two ways; by asking challenging questions which in their power of delivery do not threaten, but induce openness and convey his preparedness to listen.  So when Jesus says to his confused followers, “What things?”  he meets them and us where we are.  He listens, he lets us tell our story, and in his compassion listens as the Father listens.

Faith’s gift to us is that God listens and reveals himself, just as God does for the two disciples walking on the Emmaus Road.

Here, we find what God intends for us all.

That place of belonging;

that sense of being able to choose a future,

that place in life where discipleship and commitment to community,

in the place we are,

“Were not our hearts burning within us while he was talking to us on the road, while he was opening the scriptures to us.”

Abiding in faith is the discipleship walk we are all called to; that there is pain, as well as joy, on the Emmaus and ordinary road, but all are illuminated and transformed by resurrection hope.

“Not to us, O Lord, not to us, but to your name give glory, for the sake of your steadfast love and your faithfulness.”  (Psalm 115.1)